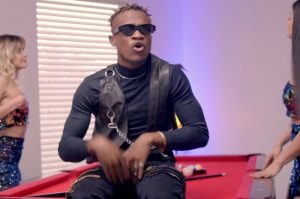 Shot in Texas, USA and Directed by Dir X Moly, the crispy clip shows the talented star expressing what the song really talks about whilst referencing and putting an end to some rumours trailing the music star on social media.

The Flashy video shows Dotman is Living life to the fullest and despite the COVID-19 lockdown, he is not slowing down the pace as he gives us a taste of what we should expect from his Debut Album scheduled for release later this year.

Enu Gbe talks about the life of an underrated person who finally hits makes it big and since release has topped the chart and enjoyed massive rotation across the country.