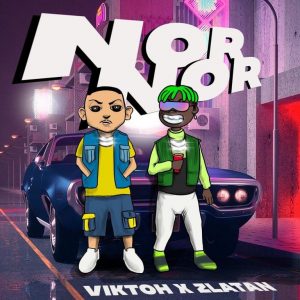 ZlatanIbile x Viktoh – NorNor Mp3Download music byViktoh Ft. Zlatan – Nor Nor.mp3 audiomack youtube full audio The young singer was born in Edo State, but he mostly grew up in Bariga Lagos State. He is originally from the south but received his education in Lagos State. The year of his birth is unknown, Viktoh has never revealed it to the public. … Viktoh got acquainted with Olamide, who owns the record label YBNL is back with another new single track tagged – “Nor Nor“.

This track serves as his first single of the year and he teamed up with the Zanku Record Boss – Zlatan to deliver this new hit single.