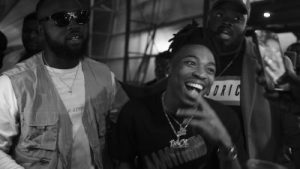 RELATED POST:Mayorkun – Up To Something

The Mayor of Lagos, Mayorkun, ushers in a new record dubbed “Of Lagos” amidst the lockdown period which also has been extended. The new record was produced by Fresh VDM, mixed and mastered by STG.

The song “Of Lagos” serves as a follow-up to his recent project “Geng Remix” EP which features the like of MI Abaga, Vector, Ycee, Sinzu, Kwesi Arthur, Riky Rick, Rayvanny, Innoss’B, Ms Banks and RussMB.