Do You Agree? Boko Haram Leader, Shekau Should Be Killed, Not Imprisoned – Fani-kayode | Naijajoy 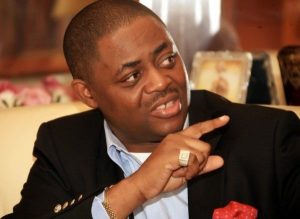 Fani-Kayode said Shekau should be killed instead of allowing him to surrender.

In a tweet, the former minister described the Boko Haram leader as a “bloodsucking and flesh-eating demon,” hence should not be taken as prisoner.

“I am not interested in Boko Haram leader Abubakar Shekau’s surrender.

“I am interested in them sending him to his maker and bringing his head to us on a plate. He deserves no less. You do not take blood-sucking and flesh-eating demons prisoner: you bind them and send them to hell.”

Recall that the Nigerian Defence Headquarters had disclosed that Shekau may soon surrender.

DHQ had stated that the body language of Shekau after so much military offensive on the insurgents lately, showed that he would soon ”throw in the towel.”