Four people have died and others were injured after a driver took a wrong lane in Sangotedo, Ajah, Lagos State. 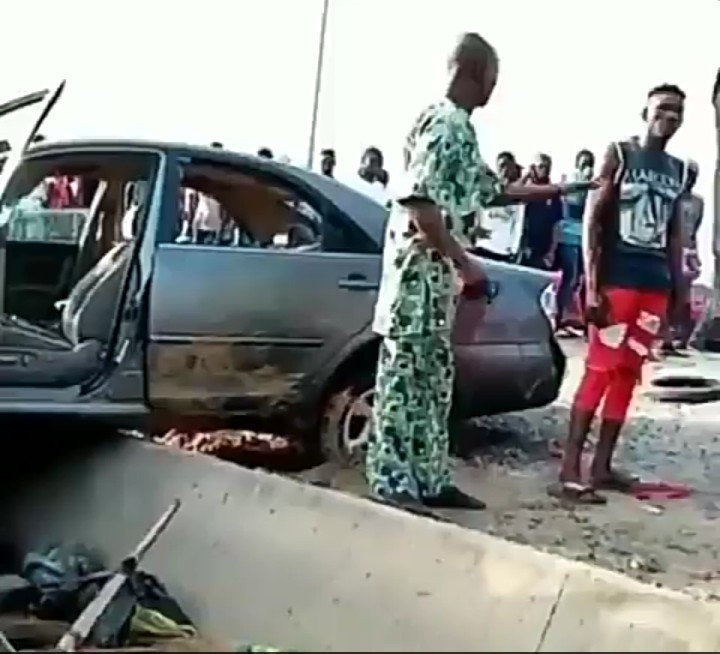 According to reports, three out of the four people who died in the accident are siblings.

The siblings were in the area to visit their mother when they were killed this morning, April 21.

A video from the scene of the carnage shows blood splattered on the road and a mangled car hanging on a gutter where it ended up following the accident. 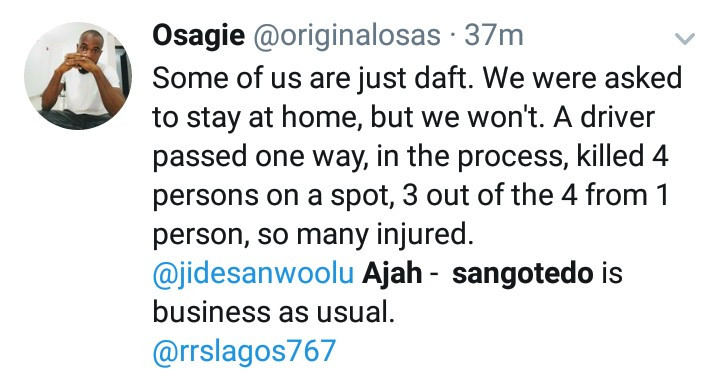 Witnesses at the scene can be heard saying the driver took “one-way”.

Watch a video of the aftermath below;