Popular Nollywood Actress, Chioma Akpota has reacted after a news website erroneously used her picture to report about Davido’s fiancee who recovered from coronavirus. 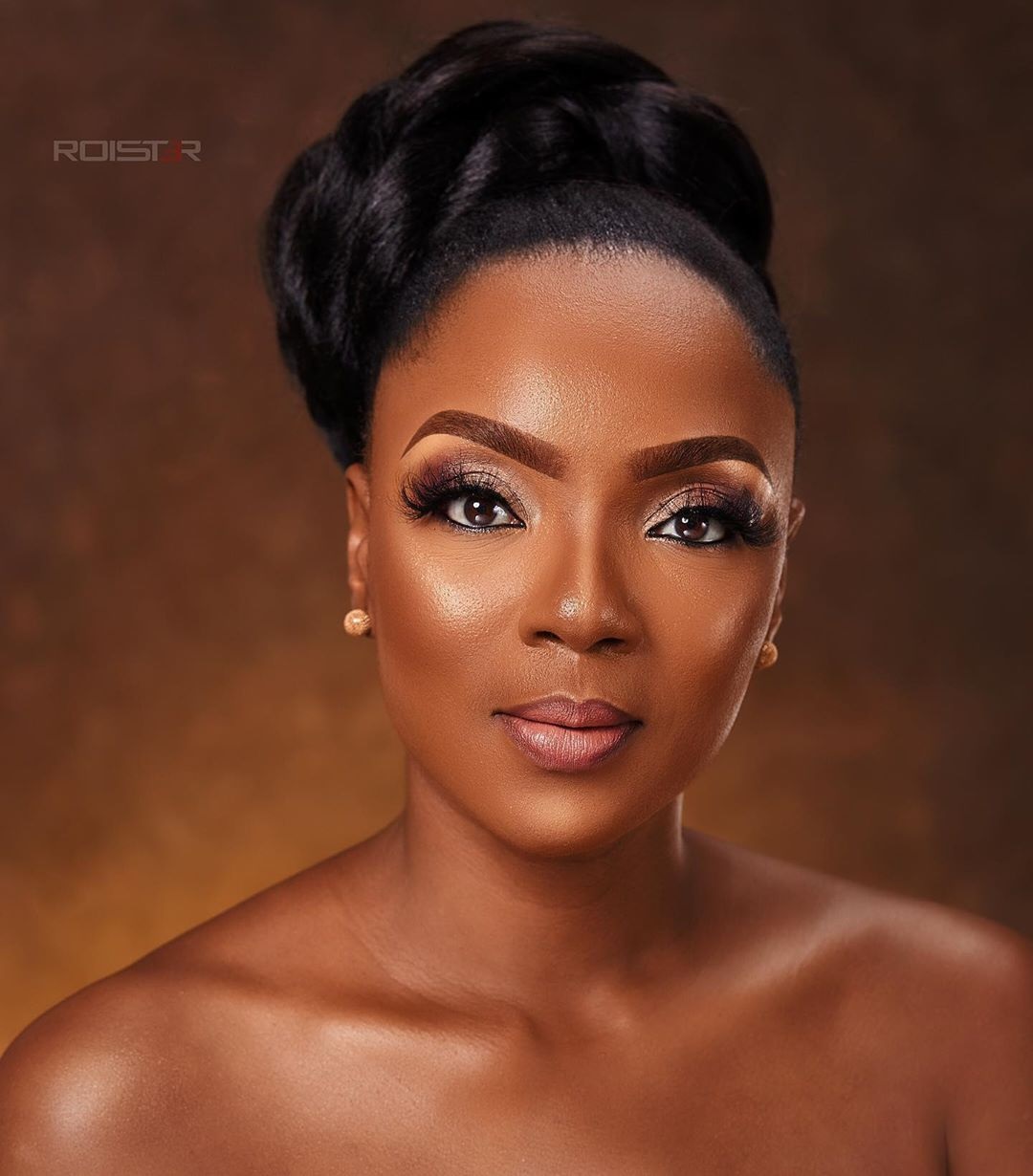 Recall, Chioma Avril, Davido’s fiancee and mother of his son recovered from the virus weeks after she tested positive and a news website which shared the story on Twitter used actress Chioma Akpota’s picture instead of Chioma Avril’s own photo.

“Till I find the right response for this tweet/post…

Let Us thank God that Chioma @thechefchi is completely free from Covid19 after testing NEGATIVE twice !
It gladdens my heart to know that she’d be reunited with her fiancé @davidoofficial and their baby boy”. 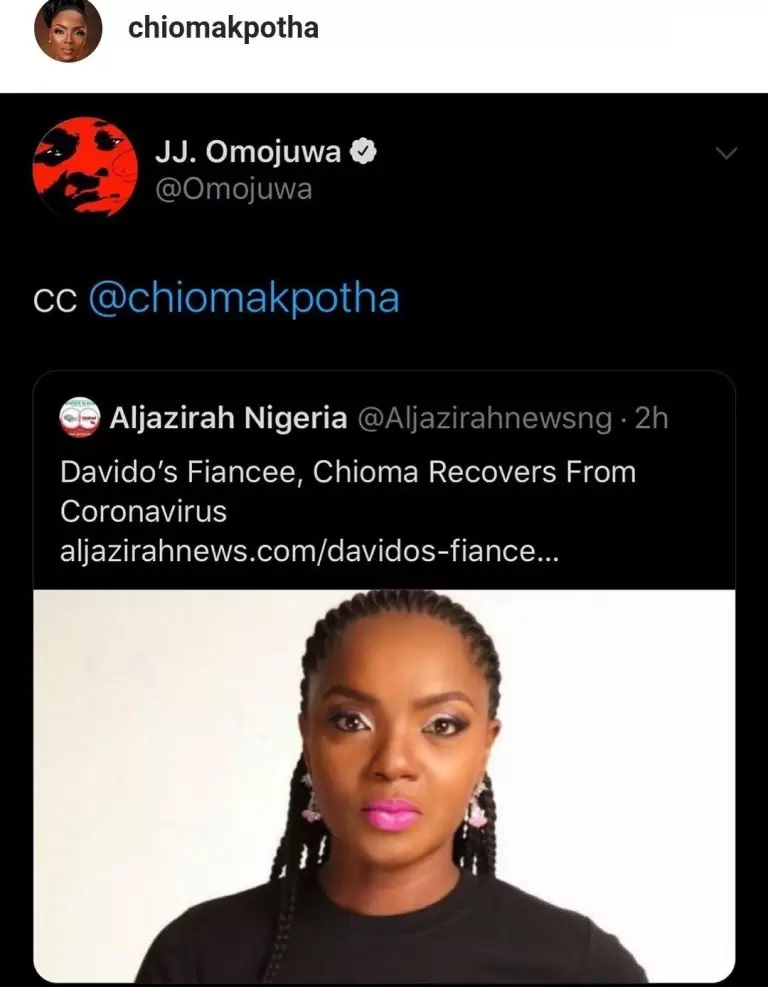