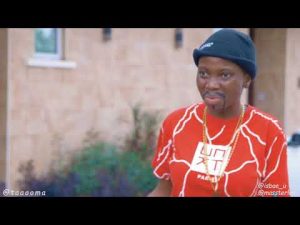 Apaokagi Adedoyin Maryam, popularly known by her stage name TAAOOMA is a Nigerian comediennes and the CEO of “Taaooma and iya tao”. She is known for posting funny skits pictures on social media.

Taaooma started making comedy videos through her boyfriend who discovered her talent and introduced her to comedy skits production.

She produced her first skit in 2016 but became popular after the production of the one titled “when your mom drives you to school”.

Taaoma has since then become a social media figure with over 270,000 followers on Instagram.