Pope Francis has cancelled official engagements for the third day in a row as he battles an apparent cold.

The Pope last appeared in public on Wednesday, February 26, when he was seen to be coughing and blowing his nose during the Ash Wednesday Mass. 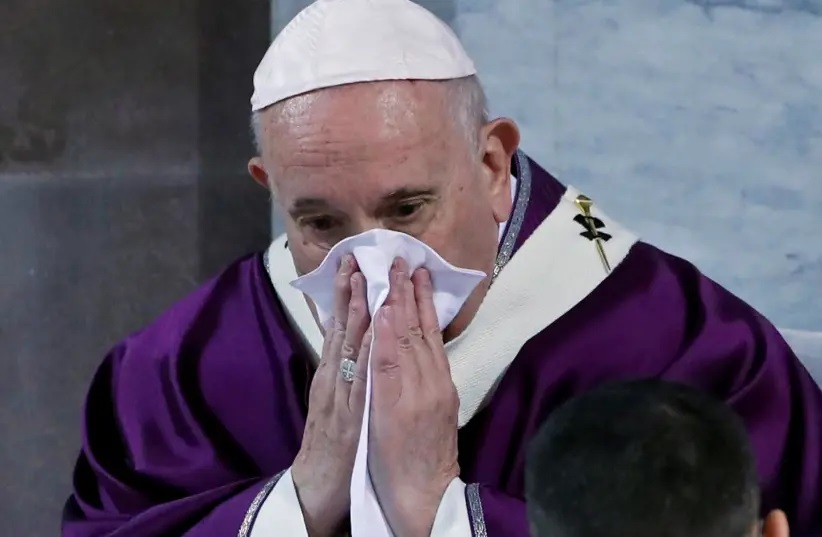 On Thursday, the Vatican said the 83-year-old pontiff had a “slight indisposition” that meant he did not attend an event at the St John Lateran basilica in Rome on Thursday morning.

It came a day after he kissed heads and touched faces as he met with crowds in St Peter’s Square, saying he had solidarity with those suffering from coronavirus.

Now, the Pontiff, who lost part of a lung to a respiratory illness as a young man, has cancelled more official engagements for the third day in a row.

He has never cancelled so many official audiences or events in his seven-year papacy.

He is continuing to work from his residence at the Vatican’s Santa Marta hotel and is receiving people in private, the Vatican press office said.

Italy is currently in the grips of a coronavirus outbreak that has seen towns in the north placed on lockdown and travellers from the region spread the infection to previously unaffected areas of Europe. More than 800 people in Italy alone have been infected with the coronavirus.