Joeboy
Advertise Your Business With Us
GIST

Nigerian singer, Teni ignited the wrath of feminists on twitter after she shared her views on feminism and marriage proposal. 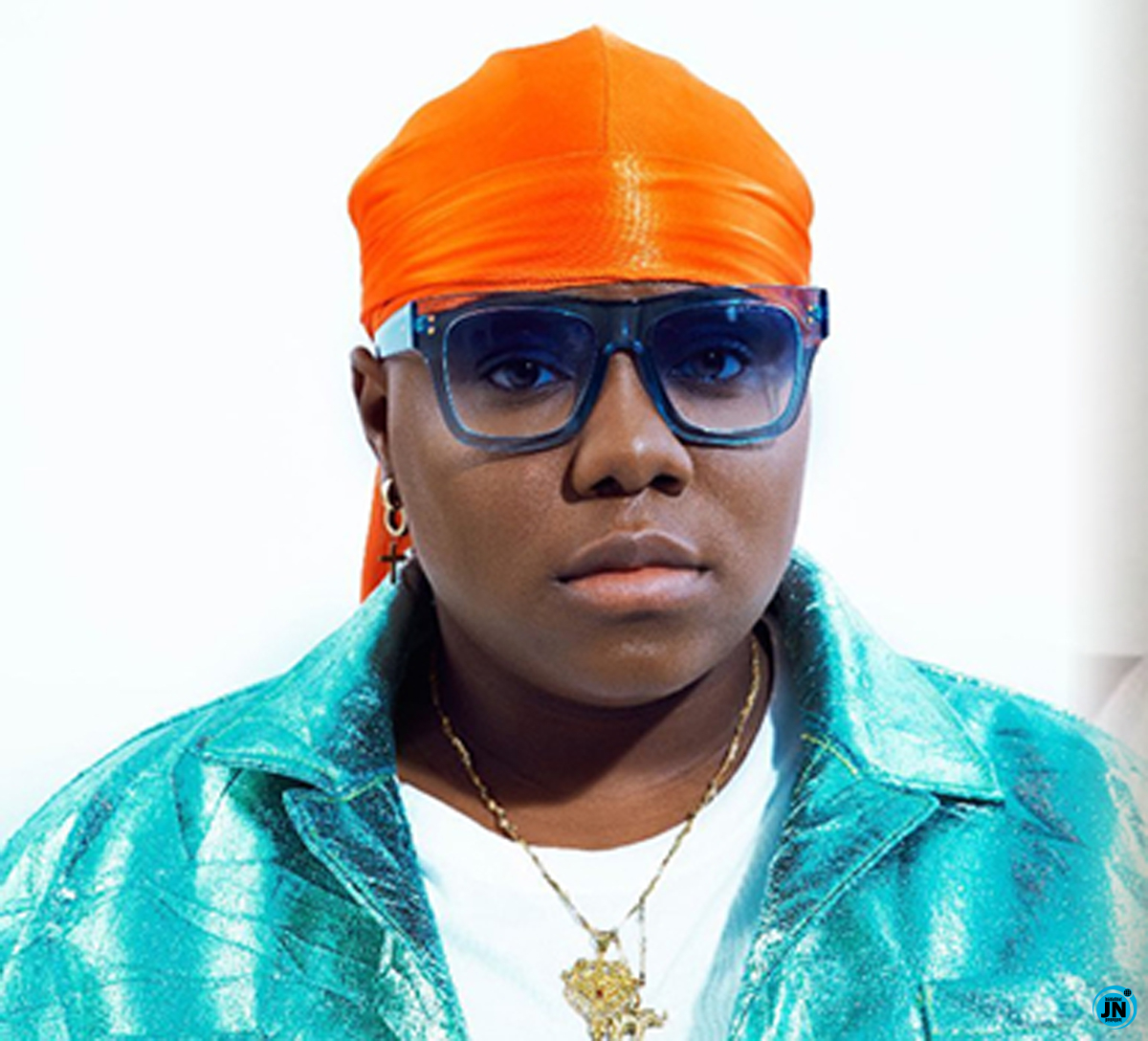 Ad: Obtain A Cash Giveaway To Start A Small Business This February)

Y’all are feminists till it’s time to bend on one knee to ask a man to marry you! Aren’t we equal?

Btw it’s not wrong for a woman to propose to her man!

Her tweet elicited a barrage of criticisms from ‘e-feminist’ with one notably telling her to stick to singing and not engage in intellectual conversations. 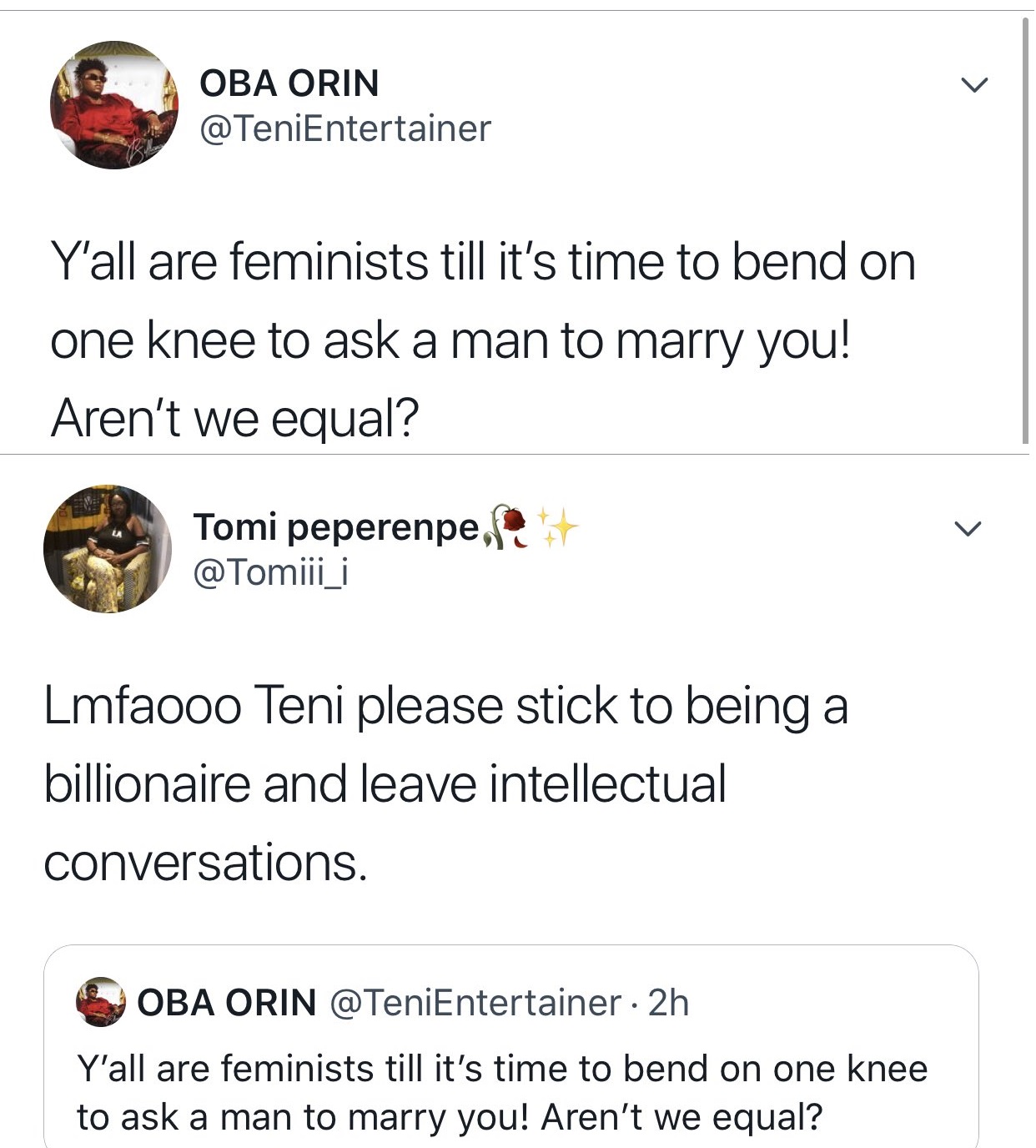 Equality says: no role should be gender exclusive, if a man can do it, then a lady should be able to do it.

Maybe Teni sounded like she was trying to ridicule the movement (I don’t think she was), her tweet remains valid.

Defying societal “norms” is part of what feminism is

Well Teni shouldn’t jump into conclusions yet.
These feminists actually get on their knees, I’ll stop there!! pic.twitter.com/kQPwO5OAkS 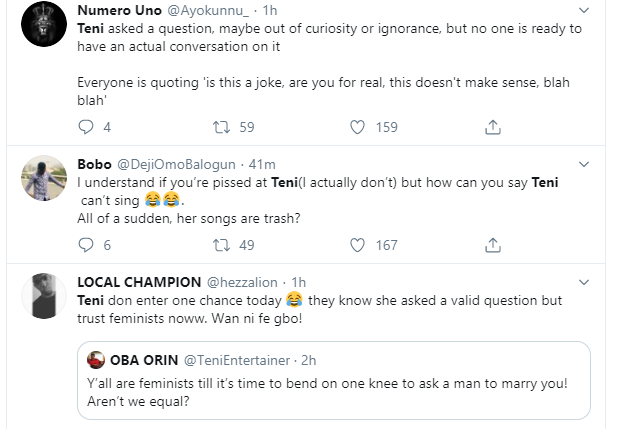