OMG!! I Killed My Brother To Inherit His IPhone 11 – Suspect | Naijajoy 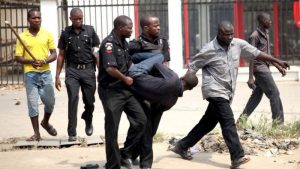 The Anambra police command has arrested one Paul who confessed to killing his elder brother so as to inherit his iPhone 11.

The 26-year-old suspect made the confession while being interviewed by newsmen in the state police command.

He further revealed that he carried out the evil act because he could not afford to buy the phone and also because his friends were constantly mocking him.

He was said to have killed his brother with the use of a sniper.

His mum has since been pleading with the police that he should be spared because she can not lose two children at the same time.
Guys, What Do You Have To Say About This??
Let’s hear from y’ll