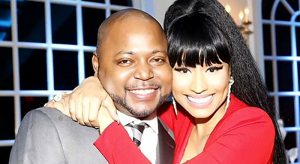 Back in 2017, the rapper, whose real name is Onika Maraj-Petty, visited her brother while he was locked up.

Nicki didn’t testify during the trial despite claims made by her brother’s defence team that she would.

“We will be appealing this excessive sentence. There was clear juror misconduct amongst other issues.”

Jelani Maraj was first charged in the case back in April 2016. He was accused of repeatedly raping his stepdaughter, beginning when she was 11 years old. Schwartz had claimed at various points that the girl’s allegations against Maraj were part of her mother’s $25 million extortion scheme.

In October 2019, a Nassau County judge denied Maraj and Schwartz’s bid to have the verdict overturned.