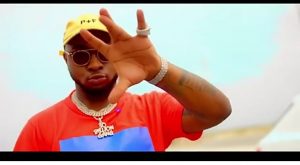 Davido – Ji Masun Ft. Idowest, DMW Boss Davido is back for the summer as he premieres new smash dubbed Ji Masun along with Shepeteri Master Idowest, Ji Masun is Idowest debut single under the label imprint DMW, The Shaku Shaku Mogul was signed few weeks back and it seems Ji Masun is his first Vibe under the most renowned record label in Nigeria.

Ji Masun By Davido Ft. Idowest was produced by the label producer Fresh VDM, Mind you Davido also helped Dremo on KPA recently, The video which was released some couple of days back has attracted over 200k views already.