Strong rumours have it that single mother, Omo Butty has bought a multi-million naira car to cruise around town.

The news was announced by her close friend on Instagram and she liked the post in confirmation.

This is happening amidst reports that there is no money in acting and some actresses might be making money through personal businesses and other secret means.

Omo Butty has been in the news in recent times over her sultry photos rather than for her acting skills. 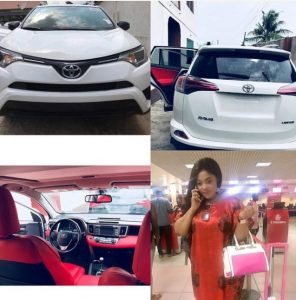