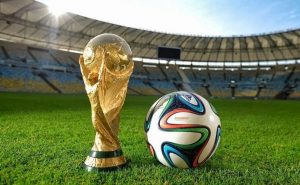 There are 32 countries taking part but only one will be crowned world champions.

A South American team has never won the World Cup in Europe since 1958, while Germany are aiming to become the first team to win back-to-back World Cups since 1962.

Brazil have appeared at every single World Cup but they have not won the tournament since 2002.

Aside from the aforementioned favorites, the underdog countries like Nigeria can also spring surprises. The case of world cup debutant,senegal beating france, the reigning champions in 2002 comes to mind. They were finally eliminated in the quarter finals.

Which of the 32 qualifying teams in this year’s 2018 FIFA World Cup do you think will finally be crowned Champions on July 15?