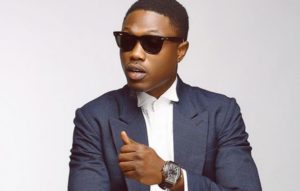 Vector has joined the list of artistes who have spoken out against the Special Anti-Robbery Squad (SARS).
During his performance at an event held in Benin, the rapper paused to address the pressing issue of harassment and brutality by SARS officers. Vector cited the instance of a young boy who got shot at an event by the men in black.

Vector who is familiar with the operations of the Police having grown up in the barracks, compared their recent operations with the time when he lived in the barracks and concluded that things have gone bad. The rapper however called for corrections to be made.