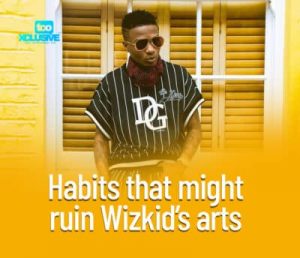 Art is such a thing of beauty, meant to be valued and appreciated. People commonly find beauty in works of art and they appreciate them by passing compliments. Sometimes they go as far as paying a few (or a lot of) bucks just to have the right to keep the piece of art whose beauty has been registered in the heart.

Beyond these two forms of appreciation of art, giving out awards is another way to appreciate good works of art, especially if the awards are given based on merit, without bias or sentiment. That’s the idea behind awards like The Grammys & Golden Globe.

Music being a form of art is usually appreciated through compliments, paid for with scarce resources, and in fact huge and expensive events are held to celebrate excellence & brilliance in the art of music making. Artistes and their works are gathered, grouped, rated and the best in the different groupings are awarded for their respective standout materials.

I believe that’s the concept of the Headies Awards, SoundCity MVP Awards and the other prestigious awards that Wizkid has snubbed over the years. If it happened once it could have been a mistake. Twice – it could have been an unfortunate event but the consistency with which Wizkid treats Nigerian award ceremonies with contempt, suggests that it is a habitual thing.

Anyone following the music industry in Africa would agree Wiz is amongst the most frequently nominated artistes on the continent. The Starboy has been named on the nominee’s list of different awards, in different categories but he consistently snubs the events. It seems Wizkid has convinced himself to think that he is bigger than African music awards but even at international award ceremonies and events, Wizkid is usually absent.

Weezy’s failure to perform at the Coachella Music & Arts Festival epitomises his habit of absenteeism and unprofessional acts. His excuse was that he couldn’t secure visa for his band members but that has the sound of a late minute arrangement.

With enough time before the event, Wizkid had multiple options – one was to try multiple attempts to sort out visa issue, if that fails, set-up a makeshift band in US (where the event held) and prepare well enough to deliver a groundbreaking performance. If all that fails, inform the organisers of the event early enough of your challenges and inability to make it to the event, so the general public could be fed beforehand with the gist that there’s no Wizkid performance happening at Coachella.

Sadly none of these logical options was taken and it is even more sad that the manner with which Wizkid & his management communicated the botched Coachella performance reeks of disrespect especially to his fans who sing his chorus, praise him on Twitter and defend him with their best words during music debates – first he promised to makeup for his initial failure, the promise wasn’t kept and he just hushed like he didn’t just (figuratively) disappoint a whole continent.

Silence! Really? The millions of Wizkid fans across the globe who were looking forward to seeing their star singer wow the same audience as Beyoncé, while also showing to the world a side of Africa that is uniquely beautiful, deserve an explanation. If truly Wizkid cares about them like he claims on social media and during interviews he would have given reason for dashing their hopes not once but twice. But does he even care at all?

During a press briefing, Wizkid explained that he does not attend international awards (and perhaps events) that do not respect African artists; but then he treats Coachella and his fans with so much disrespect. How about the tens of native awards that he refused to attend or even acknowledge? Isn’t respect supposed to be reciprocal?

Around the tail end of last year, Wizkid was named “Young Person of the year” at The Future Awards Africa (TFAA) 2017. The prize was perhaps the biggest of the night, as it had the brightest young creatives on the African continent in the list of nominees.

However, Weezy, the eventual winner was absent at the event. The award, TFAA isn’t BET, it isn’t MOBO, it is an award organised by Nigerians to acknowledge inspiring young Africans making a difference through social good and creativity, and it would have been complimentary to have the biggest winner of the night honour the awards.

I believe Wizkid was in town at the time of the award. I believe he was notified of his nomination and he was well aware of the details of the event but he did not show up, and surprisingly, he didn’t show any sign of appreciation for the TFAA Awards particularly, not even the social media displays that they (artistes) often do and like he did for his MOBO Award.

His reason for not attending the TFAA Award ceremony and the tens of other awards ceremonies he has snubbed remains a quiz. It has raised further questions like; does he not see awards as validation? Is he too big for these awards? Or can’t he stomach watching other nominees beat him to awards? Or does he just snub awards for fun?

Whatever Wizkid’s reason(s) for snubbing awards is(are), the frequency of his snubs does not project him as a creative who takes feedbacks and critiques seriously or enough to channel them into bettering his craft and it could turn out to be the ultimate hunter of his precious art.